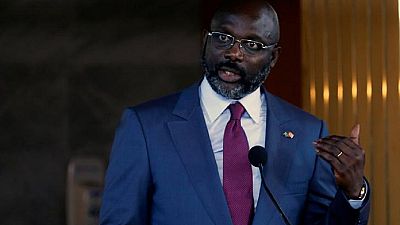 The government in Liberia has refuted allegations that it influenced the arrest of journalists of a newspaper that has recently been critical of President George Weah.

Journalists and editors of Frontpage Africa were on Monday morning arrested from their offices by court sherrifs, and detained at the Civil Law Court before a lawyer secured their released on the same day.

In a story written on their website, Frontpage explained that they were being harassed because of civil lawsuit for actions of damages amounting to over one million dollars.

Contrary to the erroneous claims that inundated social media platforms and other news outlets on Monday, the legal suit against the entity was one of a private nature between the FPA and Henry A.K Morgan and Moses T. Konah.

The suit filed against the newspaper follows publication of an an erroneous survey advertisement published in the paper on Friday, March 16, 2018.

The advertiser and the two men now suing Frontpage, Henry A.K. Morgan and Moses T. Konah, were both joint administrator to a piece of land.

Henry A.K. Morgan and Moses T. Konah consequently sought a retraction of the advertisement, which Frontpage says it did on March 23. The retraction was however not enough, thus the suit against the advertiser and Frontpage as a a second defendant.

In a statement issued by the information ministry, the government sought to clarify that it had not ordered the arrest of Frontpage’s staff.

‘‘Contrary to the erroneous claims that inundated social media platforms and other news outlets on Monday, the legal suit against the entity was one of a private nature between the FPA and Henry A.K Morgan and Moses T. Konah,’‘ read part of the statement.

Frontpage however insisted that the government engineered this raid, arguing that the offending advertisement had been published in many other newspapers, yet only this newspaper was singled out by the suit.

‘‘The government’s actions today will not keep us from doing our investigative work but will only strengthen us to do more.’‘

Through a statement issued on their Facebook page, Frontpage also pointed out that the information minister Lenn Eugene Nagbe is on record for having criticised the newspaper for not publishing any positive stories about the new government.

Frontpage has recently published different stories critical of President Weah including his refusal to declare his assets in disregard to the Code of Conduct and highlighting the unforeseen consequences of Liberia’s US$536 million loan secured through an undisclosed memorandum of understanding signed in Hong Kong.

The press union in Liberia condemned the arrests of journalists and media workers, describing them as ‘a creeping return of the old tactics of using private citizens to intimidate and harass journalists in Liberia into self-censorship’.