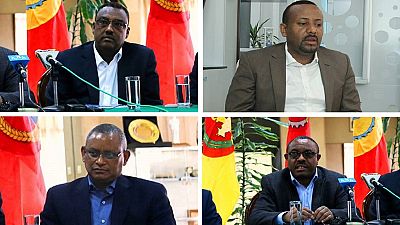 Ethiopia People’s Revolutionary Democratic Front (EPRDF), the country’s ruling coalition has finally set a date for its Executive Committee meeting which is expected to produce a new Prime Minister.

Head of the EPRDF office, Shiferaw Shigute confirmed that the committee will meet on Sunday March 11, 2018 to deliberate on outcomes from evaluation processes conducted by the four constituent parties.

The 180-member body is also expected to elect a new chairman of the front, who will effectively become the next Prime Minister of the country. An earlier meeting scheduled for March 1 was postponed for unexplained reasons.

The government needs to continue to release detainees and open the political system by allowing more room for civil society and a freer press.

The 180-member body comprises 45 members from each of the four parties. The meeting will evaluate the party’s six-month performance report, approve the resignation of PM Hailemariam Desalegn and then vote his replacement into office.

Desalegn resigned his post in mid-February and became the first leader in modern Ethiopian history to step down; previous leaders have died in office or have been overthrown. He said he wanted to clear the way for reforms announced in January 2018 to be fully pursued.

Though the party has accepted his resignation, he remains in charge till his replacement is picked.

There is high expectation that the new Prime Minister will be from the Oromo bloc, the Oromo People’s Democratic Organization (OPDO). The party recently replaced its leader Lemma Megerssa with Dr Abiy Ahmed – a strategic move as it positions to pick the PM slot for the first time.

The last two Premiers in recent history are TPLF’s Meles Zenawi who was in charge from 1995 till his death in August 2012. Desalegn (head of SEPDM) took over in September 2012 till his resignation in February 2018. The current deputy PM is Demeke Mekonnen from the ANDM.

The international community is closely watching the developments in Africa’s second most-populous nation which has a booming economy and is a staunch Western ally in the fight against Islamist militancy.

“The government needs to continue to release detainees and open the political system by allowing more room for civil society and a freer press,” said David Shinn, a former U.S. ambassador to Ethiopia.