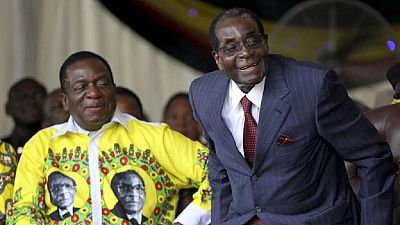 The day was previously celebrated as the Day of the 21st February Movement in honour of former president Robert Mugabe’s leadership principles.

Robert Mugabe was born on February 21st, 1924 and will be making 94 years of age this year.

It is hereby declared that the 21st of February every year henceforth, shall be a public holiday to be known as the Robert Gabriel Mugabe National Youth Day. Accordingly, Wednesday 21st February is a Public Holiday with respect to public officers.

In a statement, Zimbabwe Service Commission chairman Mariyawanda Nzuwah said today is a public holiday with respect to public officers.

“Statutory Instrument Number 143 of 2017 (gazetted on November 24, 2017) provides that: ‘His Excellency, the President, in terms of Section 2 (2) of the Public Holidays and Prohibition Act (Chapter 10:21), hereby makes the following notice:-

During Mugabe’s 37 year reign, the day was celebrated with pomp and extravagance, with public gatherings across the country.

Mugabe was ousted from office in November last year after the military launched an operation to ‘remove criminals around him’.

The military and veterans of the ruling party were reportedly upset by plans to install Grace Mugabe as the successor to their hero and president since 1980.

Mnangagwa, who took over as president has laboured to reassure Mugabe’s supporters and observers from around the world that the transition will be legitimised through elections and that Mugabe is being treated with the dignity deserving of a former president.

So the 21th of February has became a national holiday called Robert Mugabe national youth day ,it’s so funny how can a gvt calling it’s self a new dispensation make us commemorate a 94yr old tyranny ruler whom the youth marched to remove .Wonders in Zimbabwe