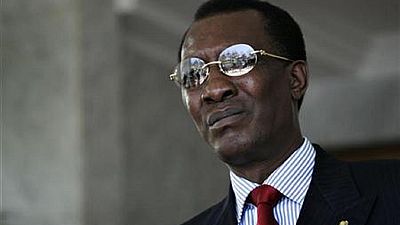 The government of Chad on Wednesday suspended 10 opposition parties for “disturbing public order” and “inciting violence” after they backed trade union calls for a mass protest over austerity measures.

The parties’ activities “have been suspended for a duration of two months,” Security Minister Ahmat Mahamat Bachir said in a statement.

Citing security reasons, the authorities also announced on the radio that a march scheduled for Thursday by civil groups, trade unions and opposition politicians had been banned.

The parties' activities have been suspended for a duration of two months.

Chad is imposing cuts in public spending that the finance ministry says are vital to stave off bankruptcy.

The government is under pressure to cut costs to meet performance targets under an International Monetary Fund (IMF) aid programme.

The IMF opened up a $312 million (254 million euro) credit line last June. To gain a second tranche of credit, Chad has to improve its state finances and conclude negotiations with commodities trader Glencore over a debt of $1.45 billion, according to an informed source.

The government is lowering the wages of civil servants and increasing income tax, citing 800 billion CFA francs (1.2 billion euros/$1.5 billion) of debt to commercial banks and a sevenfold increase in the number of public servants over the past decade.

Civil service salaries in 2017 totalled 376 billion CFA francs, roughly the equivalent of the combined revenue from income tax and customs duties, according to official figures given to AFP.

Chad has endured two years of severe recession worsened by a slump in oil prices. That, along with the spending cuts have increased social tension and anger at President Idriss Deby, who has been in power since 1990.

Almost half the population of 14 million lives below the poverty line, according to the World Bank.

Trade unions initiated an indefinite general strike in the state sector on January 29, and followed this with strikes in the private sector on Monday and Tuesday.

Thursday’s planned rallies were preceded by a similar “Day of Anger” on January 25, which was also banned.

The 10 suspended parties include the Democratic Party of the Chadian People (PDPT), led by lawmaker Djimet Clement Bagao, which took part in a march on Tuesday called by unions.

The demonstration was dispersed by police, causing injuries, according to the opposition.