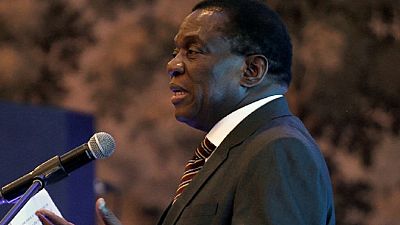 Zimbabwe’s new President Emmerson Mnangagwa said on Wednesday the country will hold transparent elections by July and he would respect the result if the opposition wins.

The election will be the first big test of his legitimacy since he took power in November when the military ousted Robert Mugabe who ruled for 37 years. It will also test the country’s electoral system after complaints of rigging at previous votes.

“Whichever party wins the election will proceed to take the reins of power,” he said.

Whichever party wins the election will proceed to take the reins of power.

Mnangagwa, who has been accused of organising the violence which has blighted some of Zimbabwe’s previous elections, will be hoping to get the support of Zimbabweans at the ballot later this year with his renewed focus on boosting the country’s economy.

The 75 year old president told the World Economic Forum in Davos the nation was “open for business”.

Government spending ballooned under Mugabe and was in part used as patronage. More than 90 percent of the budget went on civil servant salaries, leaving little extra for investment needed to boost growth.

In the latter half of Mugabe’s rule, Zimbabwe’s economy collapsed, particularly after violent and chaotic seizures of thousands of white-owned commercial farms.

The issuance of billions of dollars of domestic debt to pay for a bloated civil service also triggered a collapse in the value of the currency and fuelled galloping inflation.

Mnangagwa said he would welcome former commercial farmers to return.

Let all the world hear our voice: “Zimbabwe is open for business!” ?? #WEF18 pic.twitter.com/LMTxpECuAh

“We don’t want to think along racial lines, that is the philosophy of the past. Farmers are farmers,” he said.

Some former cabinet ministers who served under Mugabe have been charged with corruption and Mnangagwa said Mugabe would not be immune from prosecution.

“We have not given anyone any immunity,” he said, but added that Mugabe had been given a “very lucrative package” that included a salary, allowances and first-class travel.

“We will do everything to allow the family to live in peace and undisturbed,” he said.