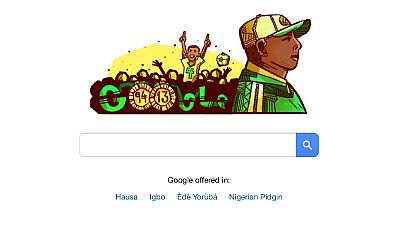 Google has celebrated ex-Nigerian player and coach, Stephen Keshi, on the occasion of his 56th birthday. Keshi died in 2016 after a stellar career for his country.

The global tech giant featured Keshi on its search engine for Africa’s most populous nation. A cap wearing cartoon of Keshi is seen with his two African Cup of Nations (AFCON) medals on the google inscription.

Keshi, fondly referred to as ‘Big Boss’ won the AFCON in 1994 as a player before coaching the Super Eagles to glory in 2013.

He captained the national team for 11 years, winning the Africa Cup of Nations gold, silver and bronze over the period. As coach in 2013, he joined an elite group of former footballers to win the AFCON as player and manager, Nigeria defeated Burkina Faso by 1-0 in the final in South Africa.

The only other person to achieve the AFCON double feat – as player and manager – is Egypt’s Mahmoud Al Gohari, winning coach in 1998.

On what would have been his 56th birthday if he were to be alive, former Super Eagles captain and coach Stephen Okechukwu Keshi has been honoured by Google with a doodle. Continue to Rest In Peace Big Boss. ?? pic.twitter.com/f8By9Fv6a0

Keshi died in Nigeria’s Benin City in June 2016 at the age of 54. He previously had two stints as head coach of the Togolese national team leading them to the 2006 World Cup in Germany – their first appearance.

He was also the first African coach to successfully qualify two African countries, Nigeria and Togo, to the World Cup finals. He also helped Nigeria in 2013 to become the first country to get an AFCON trophy and qualify for the World Cup.

He was awarded Africa Coach of the Year 2013 by CAF after Nigeria’s sterling performance and victory at the AFCON 2013. 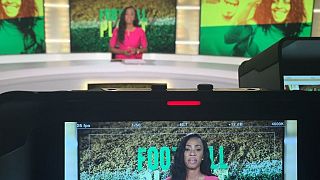 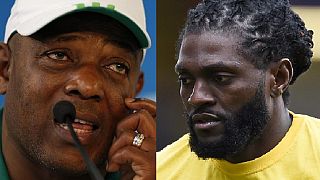 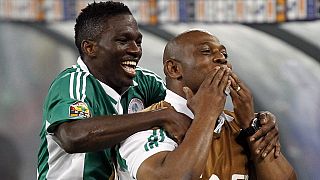