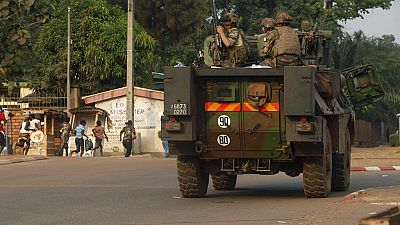 French investigating magistrates have closed a probe into allegations that French soldiers raped children in the Central African Republic (CAR) while on a peacekeeping mission, judicial sources told AFP on Monday. *
The magistrates said there was no evidence that members of Operation Sangaris, deployed to keep warring militias apart, had abused children at a camp for people displaced by the fighting in 2013 and 2014, the sources said.

The state prosecutor had last year called for the case to be closed.

While admitting “it is not certain that no sexual abuse took place”, the prosecutor said that “differences” in the testimonies of the children who came forward made it impossible to establish guilt among the troops.

No one was ever charged over the allegations.

They were first reported by the British left-of-centre daily The Guardian in April 2015, tarnishing the reputation of the French military.

The Guardian reported that six children aged nine to 13 had said they were abused in a camp in CAR’s capital Bangui, in return for food rations.

French investigators travelled to CAR in 2015 and 2016 to question the children concerned.

Six soldiers were questioned but all denied any wrongdoing.

France wound up the Sangaris mission in 2016 after three years, leaving just a rump force in the country as backup to a UN peacekeeping force.

Reports of abuse involving members of various peacekeeping contingents in CAR and other African countries have also emerged.