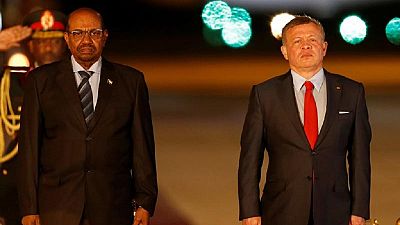 The International Criminal Court (ICC) has warned that it will refer Jordan to the U.N. Security Council for failing to arrest Sudanese President Omar al-Bashir when he visited Amman in March.

Bashir travelled to Jordan for the annual meeting of Arab leaders at the invitation of King Abdullah II of Jordan. Jordan is a signatory of the Rome Statute of the ICC and is therefore obliged to enforce an ICC warrant like the one issued against Bashir in 2009.

Bashir is wanted by the court for alleged genocide, crimes against humanity and war crimes in Darfur.

ICC prosecutor urges Sudan to transfer Bashir, others to The Hague

ICC prosecutor urges Sudan to transfer Bashir, others to The Hague