The Gambia gets its first private TV station, 52 years after independence 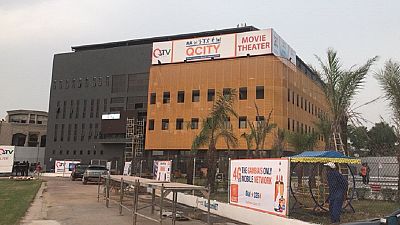 The Gambia finally has a private television operator 52 years after independence. QTV will now join the state broadcaster, Gambia Radio and Television Services (GRTS) as the only channels.

The launch of the channel was done by the Gambian president Adama Barrow and his Sierra Leonean counterpart Ernest Bai Koroma on November 30, 2017.

“The government is part of the initiative undertaken and we are equally appreciative of your firm commitment to discharge your cooperate social responsibility as expected. The road to development is a long one therefore; we need all hands on deck,” President Barrow said at the event.

The road to development is a long one therefore; we need all hands on deck.

QTV is part of a bigger project that that includes a sports emporium as well as a theatre facility. It is owned by a local entrepreneur, Muhammed Jah. Another part of it will see the launch of a shopping mall.

The sector ministry presented the official licence for QTV’s operation a day to the launch. It is believed that the facility will provide hundreds of job opportunities for Gambians.

Hon Minister of Information and Communication infrastructure officially signs and Hands over the Licence for the Operation of Gambia's first Private TV station. QTV pic.twitter.com/vkiH12uK1y

The Gambia has had media rights issues during the era of former leader Yahya Jammeh. Journalists were said to have been arrested and held without trial whiles others also reportedly went missing. President Adama Barrow since taking office has promised respect for media freedoms.

Activists have also launched an appeal for the government to probe the media crimes by Yahya Jammeh’s 22 years in power.