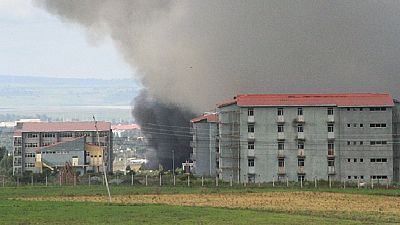 The national human rights body in Ethiopia has revealed that some 38 inmates currently under detention in connection with a September 2016 prison fire incident have been tortured by the authorities.

The Ethiopia Human Rights Commission (EHRC) according to local media portals said the category of torture meted out included pulling out of nails and acts that left the said inmates with scars. The inmates are held at the Ziway and Showa Robit prisons.

The government after the incident confirmed the death of 23 patients in the Qilinto prisons deemed to be one of the biggest prison facilities in the country. The state-owned FBC said 21 inmates died as a result of a stampede and suffocation whiles two were killed as they attempted to escape.

Two buildings were damaged by the fire while materials including mattresses, blankets as well as recreational and other facilities used by the inmates were also damaged. A number of inmates and officers were also hospitalized having suffered varied degrees of injuries.

In November 2016, a High Court formally charged the 38 inmates for the deadly incident. According to the charges filed by the prosecution, the accused persons cruelly assaulted their colleagues before setting the fire that burnt them and destroyed property.

Ethiopia’s human rights record has come in for flak from activists and political watchers. Issues of prolonged detention and prison abuse have been reported especially by persons who have been back from the facilities.

The country made mass arrests last year during spreading anti-government protests in mainly the Oromia region. Even though mass releases were announced, it is believed that hundreds remain behind bars.

Political opponents are also locked behind bars as their cases move at snail pace. A leading opposition figure Bekele Gerba was granted bail weeks ago but his daughter said they remained skeptical of his release because prison authorities have often acted above the law.

Barely 24 hours later, the courts overturned the bail and Bekele remains in jail along with leading opposition voice, Merera Gudina of the Oromo Liberation Front (OLF), he is currently facing multiple criminal charges.