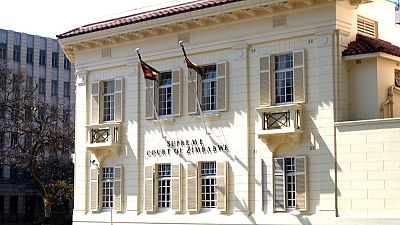 The age-old African tradition of paying “bride price” – a sum of money or its equivalence in goods – to a bride’s family by the groom or his family has come under contestation as a Zimbabwean woman wants it abolished.

Lawyer Priccilar Vengesai has filed an application to the country’s Constitutional Court arguing that the practice is unconstitutional and reduces women to “mere assets”, reports local news portal The Herald.

The former civil servant said she wants the practice of bride price [or lobola in Zimbabwe] abolished, or for both parties to pay in order to offer women some dignity.

“The society for which lobola was envisaged no longer exists and the continued use of the practice in modern industrialised society exacerbates gender inequities without providing the social benefits traditionally associated with lobola,” she argued.

In a nutshell, a woman is paid for simply because she is a woman and a husband pays for a wife because he is a man. This amounts to discrimination based on gender and sex.

Vengesai said she used to be married and felt like she was purchased. She vowed to marry immediately after she wins the case.

“I belong to the Shona tribe and I intend to enter into marriage as soon as this matter is concluded … The original purposes of lobola have, in many cases, been subsumed by moths of greed and enrichment on the part of the brides’ families.

“In a nutshell, a woman is paid for simply because she is a woman and a husband pays for a wife because he is a man. This amounts to discrimination based on gender and sex,” she said.

The case will go to trial only if the Chief Justice gives the nod that it can be heard by the Constitutional Court.

Bride price is mandatory in almost every traditional African society. The amount of money and goods are decided by the bride’s family and is negotiable.

Without the bride price, the marriage is not considered complete and the bride is considered “stolen” by the groom.