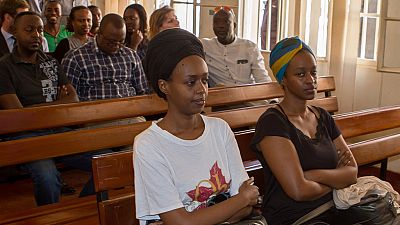 A Rwandan court has denied the bail application of Paul Kagame’s critic Diane Rwigara, her mother and sister detained since September 22.

The Kigali court on Monday said they could leave the country if released on bail pending trial.

35-year-old Diane Shima Rwigara, her mother Adeline and sister Anne have been charged with forgery and inciting insurrection.

Diane is also accused of faking the registration papers for the election which she was eventually barred from running.

They said the charges against them are politically motivated.

They were first taken from their home in the Rwandan capital on Aug. 30 on tax evasion allegations related to the family’s tobacco company.

The tax accusations did not appear on the charge sheet and prosecutors did not give details on the insurrection charge.

Rwigara’s sister Anne said they had not had enough access to their lawyer. Adeline Rwigara told the court that they had been tortured and deprived of food.