WHO revokes appointment of Mugabe as goodwill ambassador 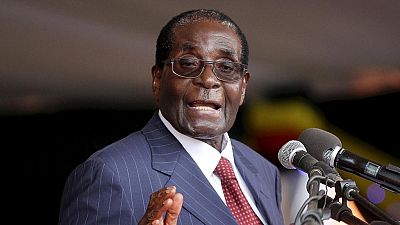 The World Health Organization has cancelled the appointment of Zimbabwe’s President Robert Mugabe as a goodwill ambassador after global condemnation.

Director General of WHO, Dr. Tedros Adhanom Ghebreyesus in a statement issued Sunday said , after carefully listenening to concerns expressed by many and consultation with the Government of Zimbabwe, it is in the best interest of the global health body for the appointment to be revoked.

Please see my statement rescinding the appointment of a Goodwill Ambassador for NCDs in Africahttps://t.co/dyxFzNAFqk

I have listened carefully to all who have expressed their concerns, and heard the different issues that they have raised. I have also consulted with the Government of Zimbabwe and we have concluded that this decision is in the best interests of the World Health Organization

The statement said ,it is important to build political leadership and create unity around brining health to all ,based on WHO’s core values.

The WHO Director General reiterated his ‘‘firm commitment to working with all countries and their leaders to ensure that everyone has access to the health care they need”.

Dr. Tedros ended his statement by thanking everyone who voiced their concerns and shared thoughts on appointment of 93-year old Mugabe as goodwill ambassador for non-communicable diseases.