Liberia scores U.N. praise over conduct of polls as results trickle in 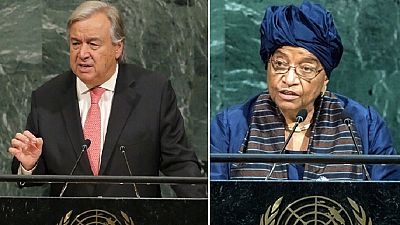 The United Nations Secretary-General has lauded Liberia over the conduct of the October 10 general elections.

A statement from Antonio Guterres’ office said the peaceful conduct of the polls was exemplary and that the U.N. was committed to helping consolidate peace and democratic gains so far.

“The Secretary-General commends the efforts of the National Elections Commission and security institutions for this important milestone in the history of Liberia,” said a statement issued by his spokesman Stéphane Dujarric.

The Secretary-General commends the efforts of the National Elections Commission and security institutions for this important milestone in the history of Liberia.

The U.N. chief further congratulated voters for turning out to exercise their franchise, he reserved special praise for women groups “for their active and important role in the electoral process.”

Closing-in on the third day since the ballots were cast, the National Elections Commission (NEC) has so far declared about 23% of results which puts former footballer George Weah in the lead. His closest contender being vice-president Joseph Boakai.

According to partial results from 1,232 out of the 5,390 polling centers across the country’s fifteen counties as declared by the electoral commission on Thursday evening, Weah led in 11 counties amongst others in Grand Kru, Sinoe, River Gee and Grand Gedeh County.

He was trailed by the Vice President Joseph Boakai who led in only the Lofa County while Charles Walker Brumskine also led in Grand Bassa and Rivercess. Prince Johnson led in his Nimba County where he is the Senator. 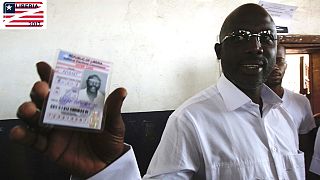 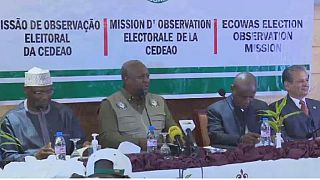 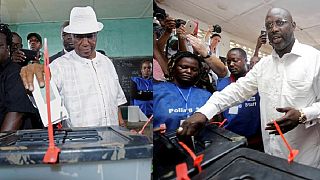