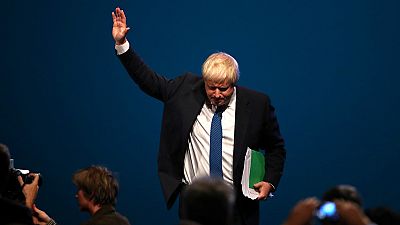 The foreign affairs committee of Libya’s eastern-based parliament demanded an apology on Thursday from British Foreign Secretary Boris Johnson over a remark about clearing dead bodies from the former Islamic State stronghold of Sirte.

Johnson told members of his Conservative Party earlier this week that British investors had a “brilliant vision” to turn Sirte into the next Dubai if bodies could be cleared.

The committee for foreign affairs and international cooperation of Libya’s House of Representatives (HOR) denounced the comments on Sirte as “unacceptable”, adding that “it considers it a violation of Libyan sovereignty to talk about British businessmen investing there”.

“The committee demands a clarification from the British prime minister and an apology to the Libyan people,” the statement said.

Johnson’s comments led to calls for his resignation from domestic political opponents. He accused them of playing politics, saying on Twitter that he had been referring to the clearing of booby trapped bodies of Islamic State militants.

Local Libyan forces backed by U.S. air strikes fought for more than six months last year to oust militants from Sirte, which the jihadist group had turned into its most important base outside the Middle East.

The coastal city of about 80,000 was badly damaged during the campaign and is struggling to rebuild.

The HOR has been based in eastern Libya since 2014 when a conflict in Tripoli led to the setting up of rival parliaments and governments in the capital and the east.

Its cooperation is considered crucial for the progress of a new U.N. plan to stabilise Libya and the ending of turmoil that began after the NATO-backed uprising that toppled Muammar Gaddafi in 2011.

The U.N.- and Western-backed government in Tripoli declined to comment on Johnson’s remarks.