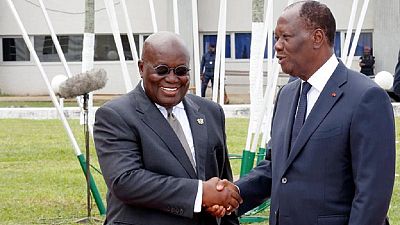 Ivory Coast has accepted a ruling by the International Tribunal for the Law of the Sea (ITLOS) that favoured Ghana in a dispute over the location of the maritime boundary separating the two West African neighbours, an Ivorian government spokesman said.

“What’s important is to preserve our good neighbourly relations with Ghana,” Bruno Kone said on Monday. “And this judgement allows for a definitive demarcation of the maritime boundary.”

ITLOS on Saturday unanimously ruled that Ghana did not violate the rights of the Ivory Coast in oil exploration within and beyond 200 nm (nautical miles).

The Hamburg-based court also ruled that Ghana is not entitled to pay any reparation to Ivory Coast for the exploration of oil within the disputed boundaries in the Atlantic Ocean.

The dispute started since Ghana’s discovery of oil in 2007 which Ivory Coast laid claims to. Series of failed negotiations led Ghana to file a case at the ITLOS in 2014 to rule on the delimitation of the maritime boundary between the two countries.

A special chamber was formed in 2015 presided over by ITLOS Vice-President Boualem Bouguetaia and included another member of the Tribunal with two ad hoc judges to deal with the dispute.