The Southern African Development Community has said it will not let the murder of Lesotho’s army chief of staff General Khoantle Motsomotso unpunished.

“Our mission is to file now a report on what we have heard and then we will make recommendations to both chairs; the chair of the organ on politics, defence and security of SADC and as well to the chair of SADC who then based on o ur report, will as soon as possible have a double Troika of SADC that will approve the recommendations that will be made,” said Angolan Minister of Foreign Affairs Georges Rebelo Chikoti.

According to SADC, the killing was a set-back to efforts to restore peace to the kingdom. Lesotho’s opposition has however expressed doubt whether the regional body will be able to calm the country’s violent political climate.

“My role is not to comment on what has been said, I think that whatever President Zuma may have said is still in the framework of trying to help the people of Lesotho. And that is our role here,” said the Angolan minister.

The SADC team, including security experts, is expected to “establish the root causes of the assassination and subsequently recommend the appropriate course of action”.

General Khoantle Motsomotso was shot dead at a barracks on Tuesday when two senior officers – widely seen as from a rival faction – tried to force their way into his office.

His assassination comes just two months after elections meant to usher in a new era of stability was held. 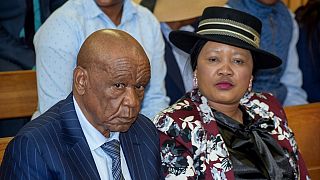