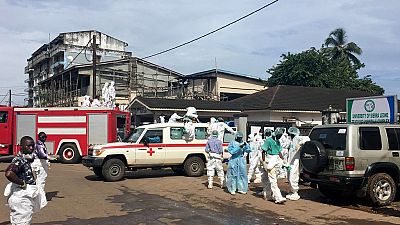 Rescue workers have recovered 270 bodies so far from a mudslide in the outskirts of Sierra Leone’s capital Freetown and the search continues for more, the mayor said on Tuesday.

Dozens of houses were covered in mud when a mountainside collapsed in the town of Regent on Monday morning, one of the deadliest natural disasters in Africa in recent years.

“We have a total of 270 corpses which we are now preparing for burial,” Freetown mayor Sam Gibson told reporters outside city hall.

A mass burial today will free up space for more bodies in the central morgue, which is overloaded, a Reuters witness said.

President Ernest Bai Koroma urged residents of Regent and other flooded areas around Freetown to evacuate immediately so that military personnel and other rescue workers could continue to search for survivors that might be buried underneath debris.

Rescue centres have been set up around the capital to register and assist victims, he said in a television address on Monday evening.