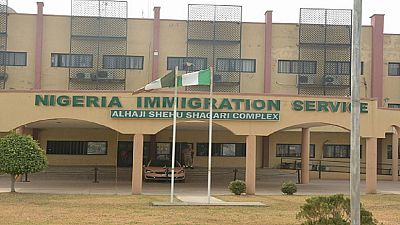 Nigerian immigration says it has arrested 18 illegal immigrants from neighbouring Benin and Togo who are residing and working in the country illegally.

According to a News Agency of Nigeria report, the immigration command in the Ogun state in southwestern Nigeria made the arrest after a tip off following a directive by the state comptroller.

The spokesperson of the immigration service in the state, Olaniyi Mobolaji, announced that the 18 arrested at Akonu village consist of 10 Benin nationals and 8 Togolese.

He added that they will be repatriated after profiling.

Per the ECOWAS Protocol on Free Movement, nationals of member states have the right of visa-free entry and the right of residency if citizens obtain an ECOWAS residence card or permit in fellow member state.

The right to establish a business in member state is still under implementation.