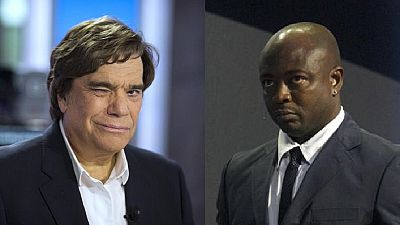 Abedi Ayew Pele, a former Ghanaian international and Olympique Marseille star has officially responded to claims that his HIV status was used by the French club to ward off interest from rivals, Monaco.

According to the 52-year-old, the former Marseille president may have overstepped his boundaries with the tactics he used to sign him in 1987.

“I was completely zoned out with regards to that decision by Olympique Marseille president Bernard Tapie. I was totally oblivious when it comes to that issue but he went too far.

I feel he overstepped his boundaries if his real intention was to ward off competition from rivals. I am very glad the truth has been revealed now, making whatever was said impertinent.

“I feel he overstepped his boundaries if his real intention was to ward off competition from rivals. I am very glad the truth has been revealed now, making whatever was said impertinent,” Pele told local radio netwrok.

The 74-year-old former Marseille president in an interview published last week by the Le Monde newspaper disclosed that he purposefully leaked false information to Monaco at a time the two clubs were chasing Pele’s signature.

He told how he had asked Pele to reject a blood test from Monaco and gone on to tell an official of the club that Pele’s rejection was because of his HIV status. Monaco backed down and Marseille eventually got to sign him from Mulhouse also in France.

“I told him (Pele) that he will be subjected to a blood test, which is generally done for African players. But he should refuse and say he does not support it,” he said.

“I told him (Monaco employee), ‘you know, we have escaped him beautifully. I did not take Abedi Pele. He is HIV positive’, I knew he will betray me and tell Monaco. He did not fail at that.

“So when Pele refused the medical test, Monaco said: Ah yes, it is true. He is HIV positive, so we won’t take him. And the next day, he signed for Marseille! It’s like that. You should win,” he added.

Abedi Pele went on to achieve a lot with the club. He won the French League title twice with Marseille in 1991 and 1992, he was also part of the team that won the UEFA Champions League in 1993. He left Marseille for Lyon in 1993.

The club was stripped of its French league championship, suffered relegation to the second division because of financial irregularities blamed on Bernard Tapie who led the club till 1994. 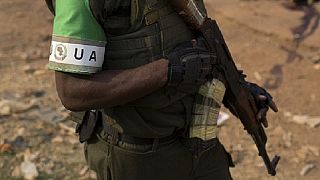