Kenya's incumbent say they are ready for debate after earlier snub 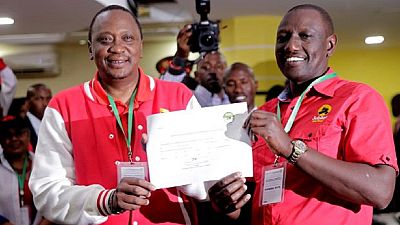 Kenya’s Deputy President William Ruto says he and his boss, incumbent President Uhuru Kenyatta are ready for a debate after both of them snubbed an earlier debate organised by the electoral commission.

“The debate had logistical challenges, which we raised. We are ready to debate anyone, anywhere, anytime,” Deputy President William Ruto tweeted on Wednesday.

The tweet rather generated backlash from Kenyans who believed their absence was a failure to account to the people.

The debate had logistical challenges, which we raised. We are ready to debate anyone, anywhere, anytime.

Two pinion polls released last week have placed both Kenyatta and Odinga in a slight lead.

The results of the July 16 to 22 poll was released two hours after that of the Ipsos polling firm which sampled 2,209 people and placed Kenyatta in the lead with 47 per cent and Odinga behind with 43 per cent.