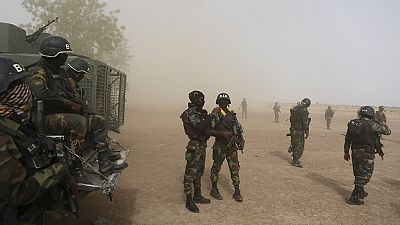 At least 12 people were killed and over 40 wounded in a suicide bomb attack in a small town in northern Cameroon near the Nigerian border late on Wednesday, an senior army source and a local official told Reuters.

No group claimed responsibility for the attack, which occurred in the town of Waza, five miles from the Nigerian border in a region frequently targeted by Boko Haram militants.

This is the first suicide attack in Cameroon this month after June’s double suicide attack launched by Boko Haram insurgents that killed six civilians in the country’s restive Far North region.

Cameroon’s North has regularly been hit by Boko Haram jihadists.