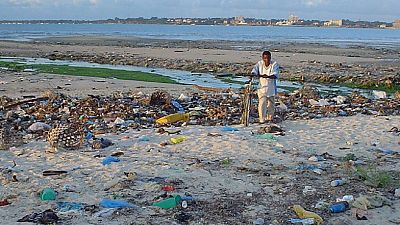 Seychelles has banned the importation, sale and commercial use of plastic bags, cups, plates and cutlery.

The importation ban took effect in January while the ban on its distribution, sale and commercial use took effect on July 1, 2017, the state news agency reported.

“Since January, importation is restricted, however, there is an exemption list. And as of Saturday July 1st, there will be a complete ban on the manufacturing, distribution as well as commercial use of all these items,” said Nanette Laure, a director at the environment ministry.

We will be monitoring and following up with all known retailers to ensure that these plastics are no longer entering the country.

Violators of the ban will be fined by the ministry per the country’s 2017 environmental protection law.

“We will be monitoring and following up with all known retailers to ensure that these plastics are no longer entering the country,” Laure said, adding that a taskforce will enforce the law.

The country has received a number of biodegradable alternatives from importers and the ministry says it is collaborating with the Standards Bureau to validate and approve them.

Seychelles is an archipelago of 115 islands in the Indian Ocean, off East Africa. It has numerous beaches and is among the 22% of African countries you don’t need a visa to visit as an African.

It is also considered as one of the least fragile countries in Africa and 148th in the world.