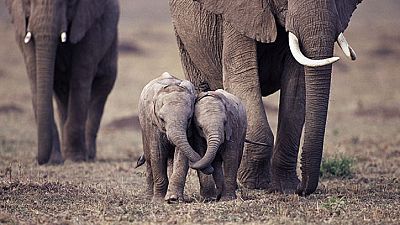 Animal rights group Humane Society International (HSI) has opposed the sale of five baby elephants in Namibia to a new safari park in Dubai in the United Arab Emirates.

The group expressed their opposition in an open letter on Tuesday, co-signed by 35 other local and international organisations, to the Eden Wildlife farm owned by Swedish national Johan Hansen where the elephants were based.

HSI suspects the animals will be used for elephant rides which may require cruel practices to tame and train them, local media The Namibian reports.

They referred to conventions on international animals trade that describe trading in wild elephants for commercial purposes as illegal.

Capturing and selling elephant calves is not a humane or efficient population management measure, as the Namibian government claims. Rather, it is a false pretense to make financial gains.

According to local media, the game farm was given permission by the Namibian government to “illegally” export the elephants.

The Namibian government dismissed the allegations saying the export of the elephants followed due process.

Environment Minister Pohamba Shifeta told the Namibian Sun newspaper that the sale was not for commercial purposes but “purely for conservation as Namibia has seen an increase in its elephant population and human-wildlife conflict.”

Executive Director for HSI Africa, Audrey Delsink responded saying: “capturing and selling elephant calves is not a humane or efficient population management measure, as the Namibian government claims. Rather, it is a false pretense to make financial gains that have no conservation benefits.”

However, the director of the 1 billion UAE Dirham ($272 billion) Dubai Safari Park, which is expected to open before the end of 2017, has debunked the allegations saying the animals will not be used to perform stunts and large animals will be allowed to roam parts of the park.

Timothy Husband told local Emirati media Khaleej Times early this week that the only animals to be introduced in the park are ones in need of care, rehoming or rescuing, or ones that have been donated by other zoos.

“The whole idea is to save these animals from any more hardship and allow them to live out their lives in a safe environment where they no longer need to be treated as beasts of burden,” he added.

The date for the export of the five baby elephants is not yet known.