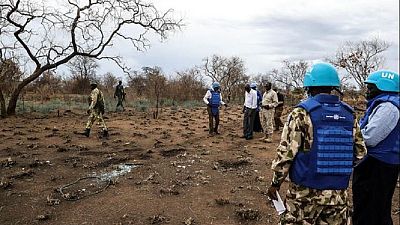 Staff working in South Sudan’s health centres and schools have been forcibly recruited by armed groups, causing facilities to close, the United Nations said, as it struggles to provide aid in one of the world’s most dangerous war zones.

More than 250 aid workers have been relocated because of fighting this year, almost double the number during the same period in 2016, it said.

The country’s civil war erupted in late 2013, uprooting a quarter of the population and causing famine.

The U.N. Office for the Coordination of Humanitarian Affairs (OCHA) said at least 14 community volunteers and health workers had reportedly been forcibly recruited by armed groups in Guit county, in the country’s north, as of June 6.

“The health facility in Nimni (area in Guit), as well as at least two schools in the area, have been forced to close due to forced recruitment of personnel essential to their operations,” OCHA said in an update late on Monday.

The areas are near South Sudan’s oil-rich northern border with Sudan, close to the hotly-contested town of Bentiu.

Negotiations for the workers’ release is ongoing, it said.

Looting of humanitarian supplies has also escalated with 19 incidents so far in 2017, it said.