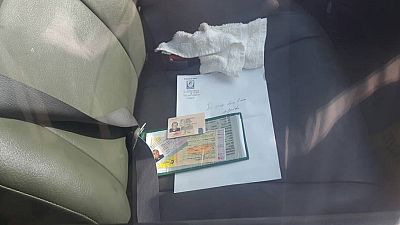 Jean-Marie-Balla-Benoit, the Roman Catholic Bishop of Bafia in Cameroon has reportedly committed suicide by drowning himself.

News of the clergy man’s death has split views in the Central African country even as the search for his body continues. His body had not been found by close of day Thursday June 1.

The priest is believed to have jumped into the river Sanaga after leaving behind a suicide message in his car. ‘‘Do not look for me! I am in the water,” the note which he signed read.

His car was spotted near the river in which he is believed to have drowned. Despite his note supporting the notion that he committed suicide, some people are also alleging that he was killed citing unsolved murders of Catholic priests in the country.

He was declared missing on Wednesday 31 May, by president of the Cameroon episcopal council, Samuel Kleda, who is also the archbishop of Douala.

Local media portals have reported that security and rescue officials from the local and administrative agencies are still searching for his body. Traditional rites were held at the river to beg the gods to release the body, at the same time the church has called for prayers over the incident.

Reports also indicate that two weeks ago, the lifeless body of a priest from the diocese of Bafia was found in his room, resulting in many questions about Bishop Balla’s complicity in the death.