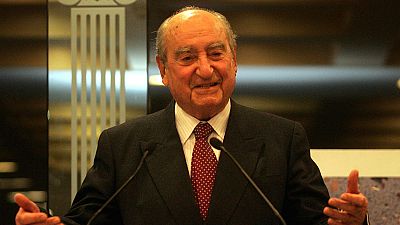 One of Greece’s best-known veteran politicians, Constantinos Mitsotakis, has died at the age of 98.

The former prime minister had a career that spanned more than half a century and is remembered for fiesty battles with opponents.

Mitsotakis retired in 2004 but remained honorary president of the centre-right New Democracy party.