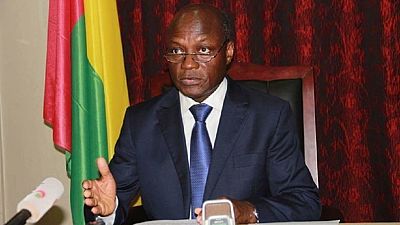 West African regional bloc ECOWAS said on Tuesday it was ready to impose targeted sanctions against those it deems responsible for blocking the implementation of a deal to resolve a political crisis in Guinea-Bissau.

The former Portuguese colony’s parliament has not sat in over a year amid a dispute between rival factions, including supporters of President Jose Mario Vaz and backers of former Prime Minister Domingos Simoes Pereira.

The parties agreed to a deal following talks in Conakry, capital of neighboring Guinea, last year, but key aspects have not been respected and there has been little let-up in the tensions that have racked the coup-prone nation.

“In the absence of the implementation of the Conakry accords within a deadline of 30 days, ECOWAS will move onto sanctions measures,” the bloc said in a statement released at the end of a mission led by Liberia’s Foreign Minister Marjon Kamara.

It gave no further details about who might be targeted and what specific sanctions would be applied.

Under the Conakry agreement, Vaz was required to appoint a new prime minister acceptable to all the various factions who would then name a new, inclusive government.

However, Vaz’s opponents have rejected his choice of Umaro Mokhtar Sissoco Embalo as the new prime minister and Pereira’s supporters have boycotted his government.

The impasse has sparked regular protest marches and raised fears of instability that diplomats fear could be exploited by drug traffickers, who have long used the turbulent nation as a transit point for shipments between South America and Europe.