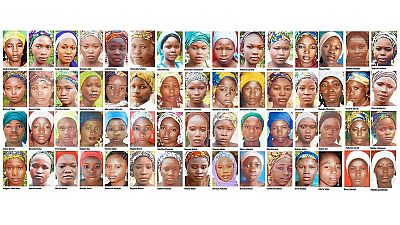 The world was struck with distraught in April 2014 when Nigerian terrorist group Boko Haram raided a school’s dormitories at night in the northern town of Chibok and abducted 276 schoolgirls.

A girl was also found by Nigerian troops on January, 5, 2017 with a baby and confirmed to be one of the missing Chibok schoolgirls.

Sunday, January 08, 2017 marks a thousand days since their abduction and 196 schoolgirls are still in captivity.

Their fate is unknown as the terror group’s stronghold in the Sambisa forest has been cleared by the Nigerian Army without any success.

Although Boko Haram is on the losing end of the war with the military, is there any hope for an early release of the remaining 196 girls?

Our intelligence and security forces are unrelenting, and whatever it takes, we remain resolute in our quest to bring all our girls back.

I’m hopeful that soon, Chibok community, Nigeria, and, indeed, the world, will welcome the remaining girls back home.

“I call on President Buhari of Nigeria — and everyone who can help rescue these daughters and protect the brave girls who still dare to go to school — to act now,” she advised.

“As millions of people around the world continue to pray for their safe return of those still missing, my heart breaks for the families who long for their precious daughters,” Malala commiserated with the families of the girls.

“I salute the fortitude of the distraught parents. As a parent myself, I feel their pain. The tears never dry, the ache lingers in our hearts,” he said.

I salute the fortitude of the distraught parents. As a parent myself, I feel their pain. The tears never dry, the ache lingers in our hearts

It was a joyful yet sad reunion for the 21 recently released Chibok girls who went home to celebrate Christmas.

After two months of rehabilitation in Abuja since their release, the 21 Chibok girls went home to their emotional parents who couldn’t hold back the tears.

During the reunion, parents of some of the girls in captivity reportedly showed up hoping to see their daughters, only to be told that they were still with Boko Haram.

These parents of the 196 remaining girls only have hope to console them as negotiations are ongoing to free their daughters.

Amnesty International has called on the Nigerian government to redouble its efforts to ensure the release of the girls.

It also called on Boko Haram to put an end to the girls’ suffering and immediately release them and all other civilians in captivity.