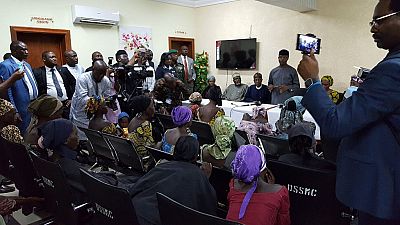 The twenty-one girls released by Boko Haram on Thursday morning have been named by the Nigerian government after they met with the Vice President Yemi Osinbajo in Abuja.

Osibanjo met them at the State House on Thursday evening where he assured them that the government will make provisions for all their needs. 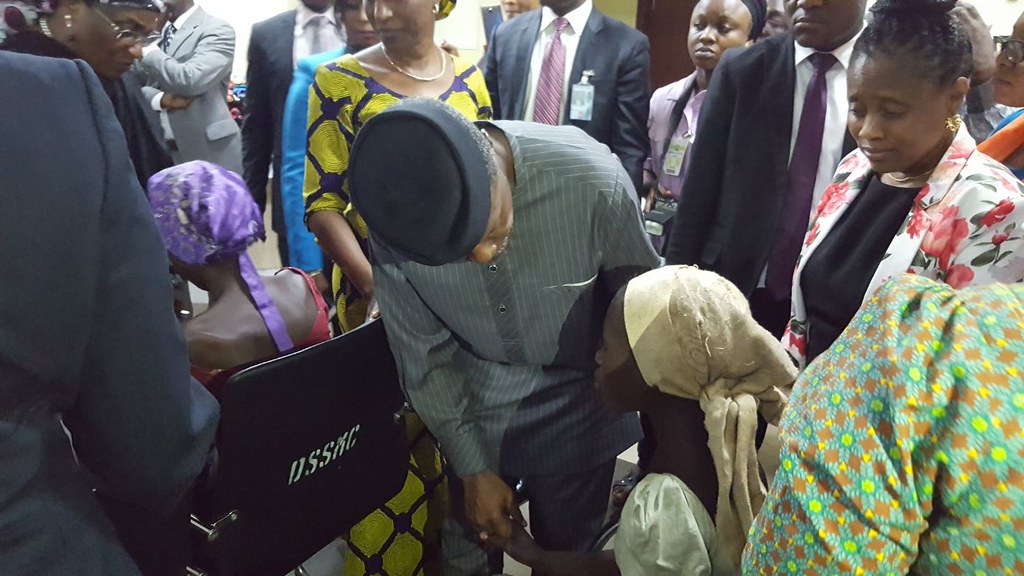 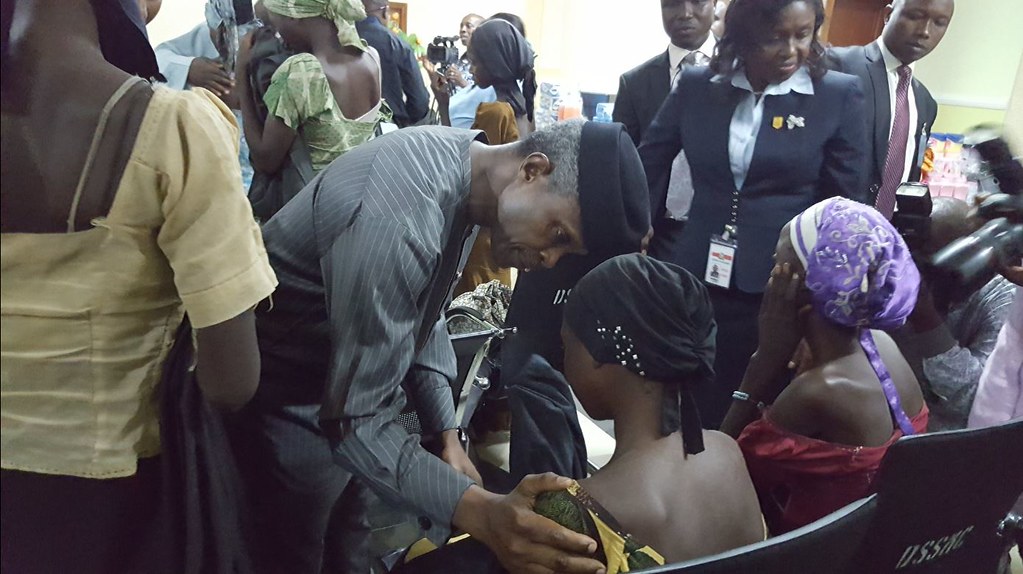 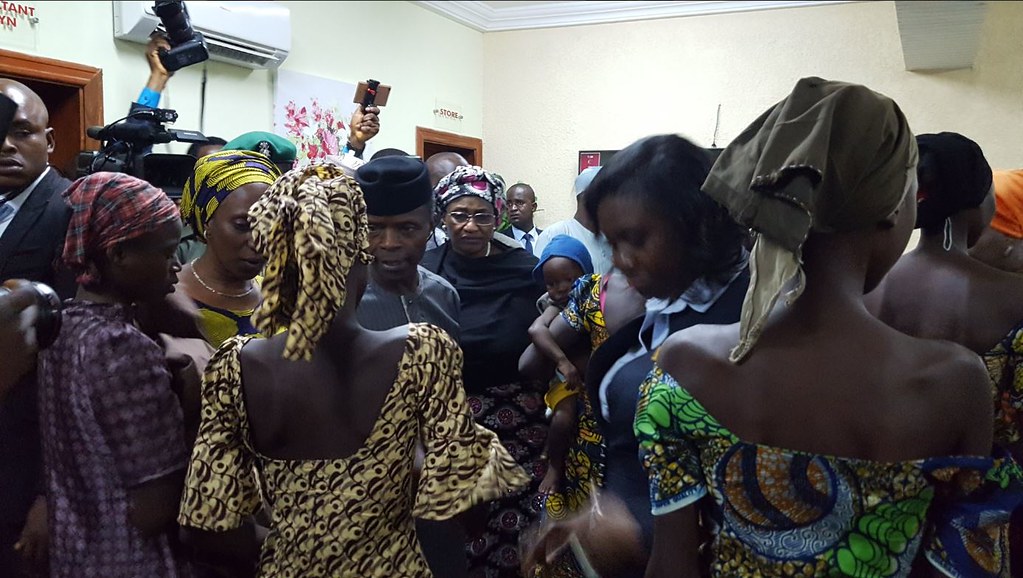 He also expressed the excitement of President Muhammadu Buhari who is in Germany for a three-day official visit.

Only one out of the twenty-one released girls has a child, the government confirmed.

The government earlier announced that the release of the girls was as a result of a negotiation and not prisoner swap as some local media had reported.

“Please note that this is not a swap. It is a release. The product of painstaking negotiations and trust on both sides,” Information Minister, Lai Mohammed said at a press conference in Abuja.

The girls were released after a successful negotiation with Boko Haram facilitated by the International Red Cross and the Swiss government, the government clarified.

Pressure has been mounting on the Nigerian government to act swiftly in the search for the 218 school girls who were abducted in 2014 after a raid of their school dormitories by Boko Haram in Chibok while they were sleeping at night.

A series of protests were held in August by the Bring Back Our Girls activists demanding a response from the government to the recent video from the terrorist group.

197 are still in captivity.