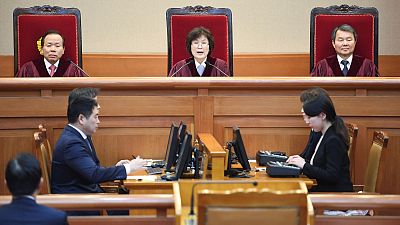 <p>The downfall of South Korea’s first female president Park Geun-hye is now sealed. </p> <p>The constitutional court has upheld Park’s impeachment in a corruption scandal that has rocked the country for months.</p> <p>It was a unanimous decision, with all eight judges voting to remove Park from office.</p> <p>Pro and anti-Park rallies have been held and at least two supporters of the president have been killed in clashes.</p> <p>The removal of Park triggers an election which must be held within 60 days, and opposition figures are leading in the polls. </p> <p>It follows months of protests that saw hundreds of thousands of people take to the streets of Seoul calling for her resignation. </p> <p>Rival rallies were also held to keep her in power.</p> <p>65-year-old Park becomes the country’s first democratically elected leader to be forced from office. </p> <p>She became embroiled in scandal due to her relationship with a close friend, Choi Soon-sil. </p> <p>The scandal broke last year when Park was accused of colluding with her friend Choi to pressure big businesses to donate funds to two foundations set up to back the president’s policy initiatives.</p> 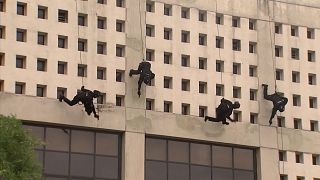