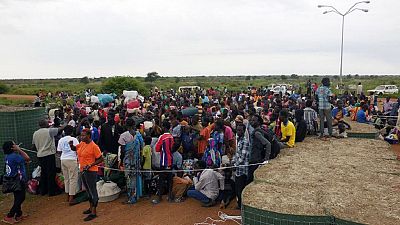 The United Nations has documented 217 victims of rape by South Sudanese government and rival forces since the beginning of renewed fighting in July 2016 that has claimed the lives of hundreds of people.

“UNMISS documented 217 victims of rape, including gang-rape committed by SPLA, SPLM/A-IO and other armed groups during and after the fighting between 8 and 25 July,” the report said.

“According to victims’ testimonies and witnesses’ accounts, most cases of sexual violence were committed by SPLA soldiers, police officers and members of the National Security Services (NSS),” it added.

UNMISS documented 217 victims of rape, including gang-rape committed by SPLA, SPLM/A-IO and other armed groups during and after the fighting between 8 and 25 July.

The fighting has affected the peace agreement signed between the two rival factions, and according to the UN High Commissioner for Human Rights, Zeid Ra’ad Al Hussein, it showed how volatile the situation is.

The report suggests that there is widespread violations after six months of the renewed fighting and recommended that the government should give victims “access to an effective remedy, just and fair reparation, including compensation and rehabilitation.”

President Salva Kiir issued a directive late last year to both government and rebel forces to “immediately cease hostilities, protect their fellow citizens and prepare the ground for a more peaceful, secure and joyous New Year.”