Donald Trump refutes claims of Russian plot to compromise him 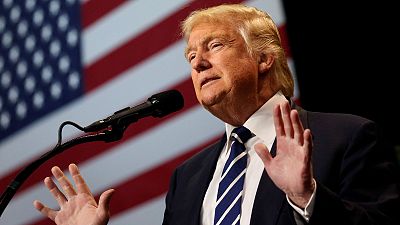 Russia has refuted claims that its intelligence agencies have assembled a file of personally compromising information about Donald Trump, describing the claims as ‘‘total nonsense’‘.

Kremlin spokesman Dmitry Peskov said the claims were ‘‘pulp fiction’‘ aimed at harming bi-lateral relations between the US and Russia.

Trump also took to Twitter to rubbish the allegations. Posting a flurry of messages, in one he stated – ‘‘Russia has never tried to use leverage over me. I have nothing to do with Russia – No deals, no loans, no nothing.

Russia has never tried to use leverage over me. I HAVE NOTHING TO DO WITH RUSSIA – NO DEALS, NO LOANS, NO NOTHING!

It had followed an earlier tweet by the Republican billionaire on Tuesday, shortly after the story broke.

The allegations, which for the moment are said to remain unsubstantiated but highly embarrasing, relate to the President-elect’s political and personal dealings.

US intelligence agencies are reported to have presented a classified report about the material, obtained by Russian agents, to both Trump and the outgoing president, Barack Obama.

The dossier which was published by BuzzFeed on Wednesday, is said to contain evidence of Trump’s involvement with prostitutes in Moscow.

It is also said to include allegations of ongoing contact between Trump associates and the Kremlin and was attached to wider findings of alleged interference by Russia into the US election.

On Tuesday, James Clapper, Director of National Intelligence, spoke to the Senate’s Intelligence Committee about Russia’s involvement in the 2016 vote.

‘‘We have high confidence that President Putin ordered an influence campaign in 2016 aimed at the US presidential election. The goals of this campaign were to undermine public faith in the US democratic process. Putin and the Russian government also developed a clear preference for President-elect (Donald) Trump. Russia aspired to help President-elect Trump’s election chances when possibly by discrediting Secretary Clinton and publicly contrasting her unfavorably to him.’‘

In recent weeks, Trump has come under mounting pressure to concur with those claims by US intelligence that Moscow ordered its agents to hack into the Democratic Party’s emails in order to sway the election.

Despite that, Trump has consistently denied the US intelligence community’s belief that Moscow tried to help him win.

The President-elect is due to hold a major press conference later on Wednesday, nine days before taking office. That was expected to focus on his business interests and address concerns of potential conflicts of interest.