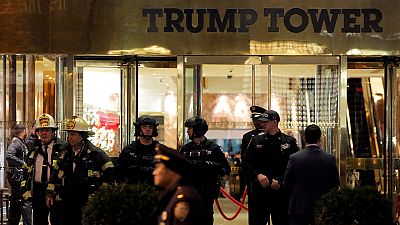 There were scenes of panic in Trump Tower on Tuesday as workers and tourists alike fled from the Manhattan skyscraper amid a security alert.


Suspicious package at Trump Tower has been examined by NYPD Bomb Squad. Deemed to be an unattended bag and safe. pic.twitter.com/0vcyDi8TMA


Trump is spending the Christmas holidays at his Mar-a-Lago resort in Florida and was not at the 58-storey building at the time.