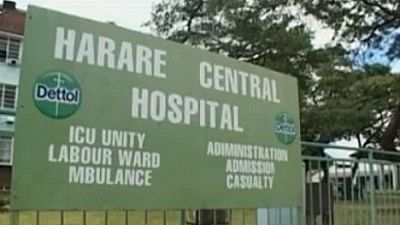 Harare Central Hospital, one of Zimbabwe’s largest referral hospital has suspended all elective surgeries due to shortages of pain medication.

A memo dated September 16, 2016 and distributed to staff of the hospital said they will concentrate on Maternity, CEPOD Emergencies and ICU cases only.

Sad! This situation is not new to other African countries where shortages critically affect patients. pic.twitter.com/J736xAEE2S

Due to the critical shortages of Pethidine, Injectable Morphine, Fentanyl, Adrenaline, ETT, Metochlopramide, Sodium Bicarbonate and antibiotics...we suspend all elective surgeries for the time being.

“Due to the critical shortages of Pethidine, Injectable Morphine, Fentanyl, Adrenaline, ETT, Metochlopramide, Sodium Bicarbonate and antibiotics, it was decided after consultation…that we suspend all elective surgeries for the time being,” it read.

The reason given was to allow the hospital to restock.

The hospital’s clinical director, Mr George Vera told local newspaper The Herald that the hospital is not getting necessary funding from the National Budget and relied mainly on user fees.

He added that they procured some pain drugs last week which would be reserved for emergencies only.

The memo however stated that the hospital will “use the opportunity to train nurses on the use of Morphine and Tramadol injection for post operative pain”.

The Harare Central Hospital is the oldest referral hospital in Zimbabwe.