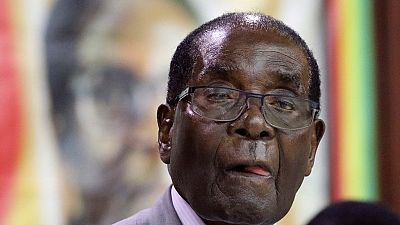 Zimbabwean opposition has called for a nationwide protest on Saturday to push for electoral reforms, despite new menaces from President Robert Mugabe to suppress the revolt that shook the country for weeks.

“We will demonstrate without further delay on September 17,” said Douglas Mwonzora, spokesman for the main opposition party, the Movement for Democratic Change (MDC).

“We will do this with or without the permission (from the authorities). We have the law on our side and we will not negotiate the law with Mugabe,” he added, speaking on behalf of a coalition of 18 opposition parties.

He was referring to the court decision last week to lift the two-week ban on protests in Harare decreed by the police.

“This Saturday, we will organize 210 events in the country to push Zimbabwe’s Electoral Commission to accept reforms,” ​​said Jacob Ngarivhuma, head of the political movement “Transform Zimbabwe”.

General elections are scheduled in 2018 in Zimbabwe. 92-year-old Robert Mugabe, the oldest head of state in the world, intends to contest the elections.

He easily won the last election in 2013, which was fraught with suspicions of massive fraud.

For several weeks, there have been protests against the Mugabe regime, largely fuelled by the economic crisis affecting Zimbabwe.

Last weekend, the president again warned his opponents saying, “they are playing a dangerous game”.

“As opposition parties and all those who seek chaos (…) are warned. Our patience has limits,” he said in front of Zanu-PF party supporters. “They cannot win this war”, he further added.