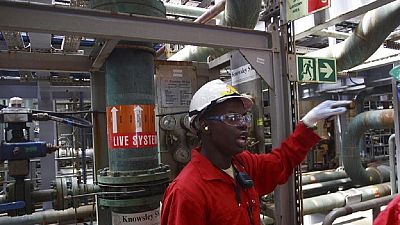 Gabon’s sole oil refinery in the commercial city of Port Gentil reopened after five days of closure following the post election violence that followed the announcement of Ali Bongo’s reelection in the country.

News of the reopening was confirmed to Reuters by Sylvian Mayabi, secretary-general of the National Organization of Petrol Employees.

The Sogara refinery has a capacity of 21,000 barrels-per-day (bpd). French oil producer Total has almost 44% stake in the facility.

Gabon’s post election violence has reportedly claimed about seven lives with hundreds sustaining injuries. The violence started after the announcement of Ali Bongo as winner of the August 27 presidential polls.

The opposition led by former African Union (AU) chairperson, Jean Ping, said it rejected the results as declared by the electoral body and affirmed by the Interior minister. The country’s parliament was burnt down supposedly by Ping loyalists.

Despite calls by the Prime Minister asking citizens to resume work on Monday September 5, Ping declared a national shutdown in protest to what he insists were stolen polls.

Violence has ceased but Gabonese live in anxiety as internet service had been cut in the days after the election and only partially restored on Monday while media houses have been vandalized.