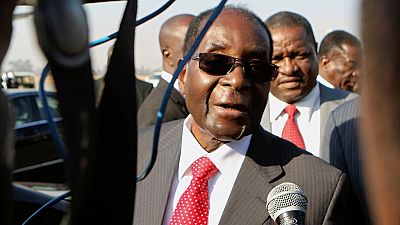 Zimbabwe’s Public Service, Labour and Social Welfare Minister, Prisca Mupfumira, has reiterated that the government was going to enforce a ‘no work, no pay’ policy in respect of civil servants who participate in illegal demonstrations and stay-aways.

The minister who was speaking to agric workers in the Makonde area. She is quoted by the state owned Herald newspaper that civil servants were going to be paid for the exact duration that they are at work.

‘‘We will expect civil servants to work hard. Be warned that as government, we will not be as lenient with you civil servants as last time when you participated in an illegal stay-away and did not turn up for work,’‘ she said.

‘‘You are warned that next time it is going to be no work – no pay for all civil servants who participate in illegal stay-aways,’‘ she added.

The country has recently been hit by anti-government protests. Some protesting against delayed salaries, others against harsh economic conditions in the country worsened by the El Nino drought.

The main anti-government protests have been against the reintroduction of bond notes as a medium of trade transaction as the country suffers acute cash shortage especially of the United States dollar.

An opposition coalition also planned a series of protests calling for electoral reforms ahead of the 2018 polls. The first protest in the last Friday of August was dispersed by riot police in the capital Harare.

The next one they scheduled for September 2, did not come off because the police had issued a statement banning protests in the capital for two weeks. On the same day, a court granted bail to 10 out of 68 protesters arrested during the first protest.

The Robert Mugabe led cabinet announced in July that it had approved a ‘no work – no pay’ policy in the wake of the workers strike that led to a stay-away earlier that month.

The minister disclosed back then that government had forgiven all civil servants who took part in the three-day strike but would not accept that means of protest. ‘‘Government will not hesitate to apply the laws. Cabinet has already approved this position,’‘ she said in July.