Vote counting for the municipal elections in South Africa was under way on Thursday after South Africa’s electoral commission said the voting exercise on Wednesday was conducted smoothly with no ugly incidences.

Results continue to trickle in but it’s too early to call the outcome in Nelson Mandela Bay, Tshwane and Johannesburg, which are expected to be the most closely contested of the big metros.

However, the bulk of the counted voting stations are in sparsely populated areas, meaning the picture is likely to change dramatically in the coming hours as results come in from more densely populated township voting districts, where the ANC has been stronger in previous elections and where the EFF will also be hoping to lift its current standing, according to local media sources. 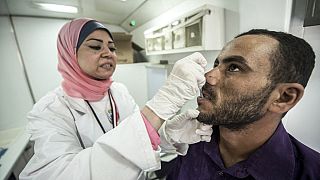