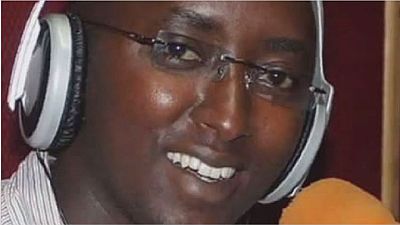 Concern is growing in Burundi over a missing journalist who disappeared more than a week ago.

Reports say Jean Bigirimana of Iwacu Press Group was arrested by officials of Burundi’s National Intelligence Service on July 22 and who took him to Muramvya Province headquarters. However, police operating in the region say he was not booked in their center.

Bigirimana has been accused of having shuttled between Burundi and Rwanda to feed exiled journalists in Kigali with information from Bujumbura. Rwanda and Burundi’s relations have strained in recent months after accusations of espionage by both countries .

It is however not clear where the journalist is being held.

A recent U.N. human rights report expressed concern on the arbitrary arrests of opponents in the tiny landlocked country that has been rocked by violence since early 2015 after President Pierre Nkurunziza announced he would seek a third term which he later won in July of the same year.