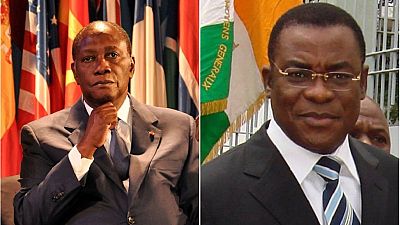 Ivory Coast’s main opposition, Ivorian Popular Front (FPI) and 22 other parties have rejected constitutional reforms leading to the drafting of a new constitution, as announced by President Alassane Ouattara.

Leader of the FPI, Pascal Affi N’Guessan, in a telephone interview with Africanews described the move by the president as ‘‘inappropriate, illegal and illegitimate,’‘ arguing further that the current political milieu did not favour the call by the president.

‘‘The country is not yet fully emerged from the crisis, the trials continue, reconciliation is blocked, the country is still divided Ivorians are still in exile or in prison, the atmosphere is not conducive for a calm debate,” he noted.

The opposition coalition thus called for a withdrawal of the bill decrying why and how a president had singlehandedly initiated moves for a ‘referendum,’ the opposition categorically stated that they would not be part of any such undertaking. To the opposition, such a decision must rest with the people to decide.

The country is not yet fully emerged from the crisis, the trials continue, reconciliation is blocked, the country is still divided Ivorians are still in exile or in prison, the atmosphere is not conducive for a calm debate.

Affi N’Guessan was however quick to buttress that as far as the opposition was concerned, “When all conditions are created, all Ivorians may meet to discuss issues of the nation, through an expanded national dialogue,” he added.

A large mobilization campaign if …

In the eventuality that the president pushes ahead with his reform moves, the opposition also hinted of a mass mobilization campaign throughout the country to sensitize the citizenry against the new constitution.

He added that after that campaign, the coalition was sure that the Head of State will understand that Ivorians “do not want this proposed constitution.”

On Tuesday June 8, president Ouattara met with his opposition groups at the presidential palace in Abidjan. The meeting had the sole aim of informing them of the holding of a referendum on the adoption of a new constitution – one of his campaign promises – and the electoral calendar for the coming elections.

That day, the Ivorian president said he wanted to “build consensus” around this new version of the Ivorian constitution.

Right after the meeting, Affi was quoted to have said; “I am afraid that we were going to develop a constitution that does not gather the required consensus. There are many things on which we do not agree. There are core issues regarding the freedoms and rights, the nature of the regime.”

Since the beginning of June, law experts were invited to the drafting of the document. Incidentally, the Ivorian president had guaranteed that the opposition, traditional leaders, religious leaders, civil society, youth and women associations would also be involved.