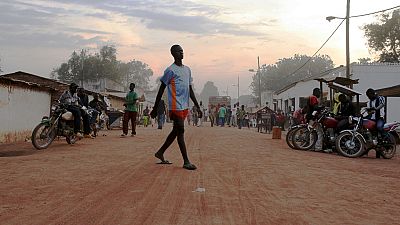 Six policemen taken hostage in the Central African Republic by a vigilante group in PK5, a Muslim community in the capital Bangui have been released.

Their release was facilitated by the peacekeepers of the UN Mission in CAR (Minusca) who negotiated their freedom late Tuesday afternoon, a police source told AFP.

“I can confirm that the officers have been released. They are currently safe and will be handed to the authorities,” confirmed a member of the vigilante group PK5 contacted by AFP.

Their release has not been confirmed by government sources. However, calm has returned in the capital Bangui.

A PK5 vigilante group held the policemen hostage on Sunday following an arrest by the police last weekend at the northern exit of Bangui, a resident said.

The Minister of Public Security, Jean-Serge Bokassa, confirmed the hostage-taking on local Radio Ndeke Luka demanding their immediate release of the six policemen.

On Monday, the peacekeepers had carried out a military operation at PK5 and during the operation, they came under gunfire and responded to the attack killing three attackers and arresting three others, Minusca said in a statement on Tuesday morning.

On Tuesday night, hospital officials said there were seven dead and more than twenty injured, some in critical condition.