Ethiopia and Eritrean troops engage in a heavy border battle 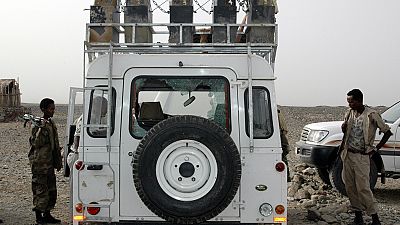 Eritrea and Ethiopia have accused each other of starting clashes on Sunday between their soldiers in a militarized border region.

Eritrea had accused Ethiopia of starting the fighting, which broke out on the Tsorona border.

Residents on the Ethiopian side of the border reportedly heard gunfire and saw movement of troops and artillery towards the border.

This is not the first time such an incident has occurred between the neighboring countries who often accuse each other of attacks.

In 1998, the two neighbouring countries fought a two-year long war over their disputed border which has claimed the lives of at least 70,000.

The two countries have had tense relations as a peace deal signed in 2000 to end the war has never been fully implemented.