OPEC fails to agree on an oil output cap 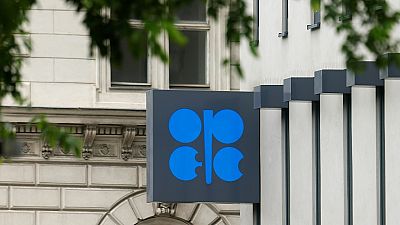 The Organization of the Petroleum Exporting Countries, OPEC, failed to agree on an official oil production cap.

The biannual meeting was held to also discuss a strategy of overcoming a supply glut that has sent oil prices to record lows.

Meanwhile, Iran has made its intentions clear of adding its production since February after Western powers lifted sanctions against the major oil producer.

The members also approved Gabon’s request to rejoin the organisation from July. This will rise the number of OPEC members to 14.

Two of Africa’s biggest oil producers, Nigeria and Angola have been adversely affected by the oil prices which have dropped amid a global supply glut.

OPEC supplies about 40 per cent of the world’s oil, pumping 32.5 million barrels per day.