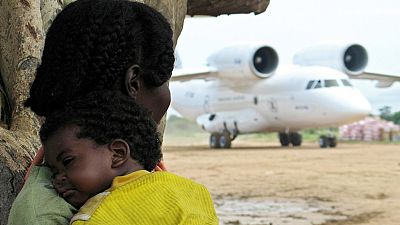 The United Nations High Commissioner for Refugees (UNHCR) on Thursday urged Sudan to stop the forced deportation of hundreds of Eritreans to their countries of origin.

The refugees agency expressed concern about the deportation after human rights advocacy group Human Rights Watch (HRW) had warned that the deported Eritreans are likely to be abused by the government of their country upon their return.

According to the UNHCR in a statement, at least 313 Eritreans were arrested on May 6 by the Sudanese authorities in the city of Dongola in northern Sudan and found guilty of illegal entry into Sudan and then forcibly returned to Eritrea on May 22.

Among the deported were six people registered as refugees by the UNHCR. “Others had not requested asylum but we do not know if they had the opportunity to lodge the application,” the UNHCR said.

Another group of 129 Eritreans had been returned in the same conditions a few days earlier. Most Eritreans expelled by the Sudanese authorities were arrested while trying to enter Sudan from Libya.

The Eritrean government is accused of holding thousands of political prisoners in its jails. According to the UN, about 5,000 Eritreans leave their country every month in search of a better life, making it one of the largest contingents of migrants risking the perilous journey to Europe.