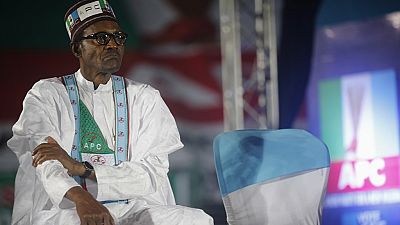 Nigerian President Muhammadu Buhari has spoken in strong terms against child abduction and forced marriages which he said his government was not going to countenance.

This was contained in a statement released by the presidency on the occasion of Children’s Day (May 27). ‘‘We will also sustain and strengthen ongoing actions to protect children more effectively from violence, child-labour, child-trafficking, forced marriages and other related offences,” the statement said.

The years Children’s Day celebrations in Abuja was under the theme: “Protecting the Right of the Child in the face of Violence and Insecurity: End Child Marriage.”

We will also sustain and strengthen ongoing actions to protect children more effectively from violence, child-labour, child-trafficking, forced marriages and other related offences.

‘‘On this happy occasion for our children, I reaffirm my belief that it is the right of every Nigerian child to have access to quality and affordable education, as well as healthcare and other basic necessities for a good life, in a peaceful and secure environment’‘ the statement added.

PMB—“We remain fully committed to fulfilling our promise of a better #Nigeria for all of our people.” #ChildrensDay pic.twitter.com/TBZpCxTmPN

The president also touched on several issues that his government was doing in the interest of the Nigerian child, amongst others, budgetary allocations in the area of child health and school feeding programs.

‘‘The good health and well-being of Nigerian children remain a top priority on our agenda for national development and we have demonstrated our strong commitment in this regard with the allocation of N12.6 billion in the 2016 budget for vaccines and programmes to prevent childhood killer diseases such as polio, measles and yellow fever.

Other measures in the 2016 budget, such as the school feeding programme for children at a cost of N93.1 billion, will ensure that more children go to school and enjoy the fun of learning and growing together with their peers,’‘ the statement further stated.

The President also hailed the efforts of the Nigerian army and the Civilian Joint Task Force for the recent rescue of one of the abducted Chibok Girls, Amina Ali Nkeki and Sarah Luka (even though activists have disputed that Luka is a paert of the Chibok girls)

‘‘It is a thing of joy that on this year’s Children’s Day, we can also celebrate the safe return of one of the Chibok girls, Amina Ali Nkeki and many other abducted women and children who have been freed from the clutches of Boko Haram by our gallant troops.’‘

He further reiterated the resolve of his administration to eliminate Boko Haram insurgents who he described as ‘‘an ungodly terrorist sect.’‘

President Buhari is the second high profile person to wade into the topic of child marriages in less than a week after the Emir of Kano – Nigeria’s second moist senior most Islamic cleric – also openly spoke against child marriages in Nigeria.

Emir of Kano Muhammad Sanusi II calls on Muslim leaders to discuss early marriage and asked it should be stopped pic.twitter.com/iL05gl8SVh

Emir Muhammadu Sanusi whiles speaking to Muslim leaders said, “I believe the time is ripe to take a stand on this age long practice of early marriage, and coincidentally we subscribed to Malikiyya school of thought like Morocco, Malaysia and Egypt who had since pegged marriage age to 17, 19 and 18 respectively.”

The west African country which has a blend of democratic and Islamic law (Sharia) in most northern states have had issues with early child marriages with instances of abduction of girls who are forced into marriage very rife.