A new prosecutor for the military tribunal in Burkina Faso says an arrest warrant against the country’s former president Blaise Compaore is still valid.

This is in spite of the cancellation on April 28 of all international arrest warrants issued by the military tribunal against the former leader by Burkina Faso’s highest court of appeal.

The Appeals court had cancelled the arrest warrants because it said the military tribunal did not follow due process.

But sources at the military tribunal say that the arrest warrants cancelled were those relating to the September 2015 coup.

The sources say an arrest warrant for Compaore relating to his role in the assassination of Burkina Faso’s former president, Thomas Sankara however remains valid.

There are yet others who say the pending warrant could still be cancelled as its issuance did not follow due process.

The contradictory information is heightening tension among Burkinabes.

The prosecutor has meanwhile called for calm as a lot of false information is being spread about the cases being handled by the military tribunal.

Concerns have also been raised about the non association of a civilian judge in the case. 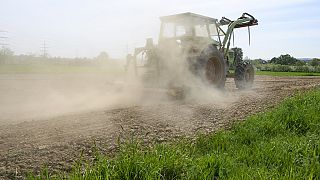