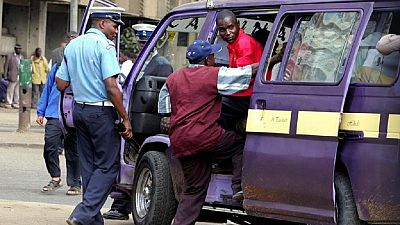 Kenya’s transport industry has gained popularity in the country and beyond largely attributed to the the vibrant matatu culture.

Derived from a Swahili word, matatus are public mini buses and vans.

The matatu culture has now become a flashy affair. From graffiti application, to customized exteriors and interiors, this culture has become an attention grabber.

We have seen vehicles where you can sit like you are at home and have wifi and probably also music and television screens and so forth.

Owners of these vehicles are going all out to attract their customers.

“We can see it is coming up, it is visible and this is allowing young people to use technology. We have seen vehicles where you can sit like you are at home and have wifi and probably also music and television screens and so forth,” said Simon Kimutai, Chairman of Kenya’s Matatu Owners Association.

Due to the competitiveness in the industry, fitting the vehicles with technological gadgets has become the norm. From the installation of WiFi, to CCTV cameras and even TV screens. Some matatus even have VIP sections for that extra comfort.

“The competition is so high now we have to pull our socks,” said a matatu driver.

Entertaining their clientele is also a key factor for the crew who ply the vehicles. In some of the vehicles television screens take centre stage churning the latest music videos.

The rise of the matatu culture has paved way for job creation for Kenyan youth and this lucrative industry has witnessed rapid growth over the years.