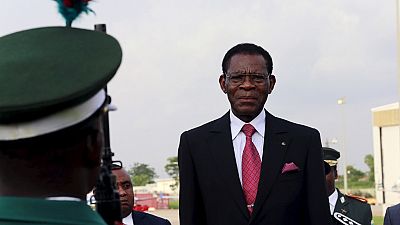 Equatorial Guinea’s President, Teodoro Obiang Nguema, will face six candidates in the April 24 presidential election, in the absence of the main opposition parties.

“After the validation and proclamation of four candidates on March 30, the National Electoral Commission has validated three other candidates, giving a total of seven candidates to take part in the voting on April 24 in Equatorial Guinea,” the national television announced Sunday night.

Mr. Obiang Nguema, who heads a coalition of ten parties, including the ruling Democratic Party of Equatorial Guinea (PDGE), is almost certain to win this election.

Some of his opponents are newcomers in politics, while others have very little political weight on the national scene.

The Front of the Democratic Opposition (FOD), a coalition of the main opposition parties in Equatorial Guinea, called for a boycott of the presidential elections on March 23, estimating that all conditions were set for “fraud.”

The FOD is made up of the main opposition party, the Convergence for Social Democracy (CPDS) and the Popular Union (UP), Democratic Republican Force (FDR) and the Movement for the self-determination of Bioko Island.

“The result is known in advance through multiple irregularities and fraud already prepared,” Andres Esono, Secretary General of the CPDS told AFP adding that one opposition party with representation in Parliament and a senator has already warned that it would not recognize “the president from the election.”

Another opposition figure, Gabriel Nse Obiang Obono, of the Ciudadanos Por La Innovacion party (CI), has seen his candidacy invalidated, partly because he has not spent five consecutive years in the country as stipulated by the Constitution, according to the electoral Commission.

His regime is regularly criticised by human rights organizations for its repression of opponents, civil society and media organizations, as well as the level of corruption.

Originally scheduled for November last year, the ballot was postponed to April 24 by a presidential decree without official explanation.