Iran yet to commit to oil output freeze 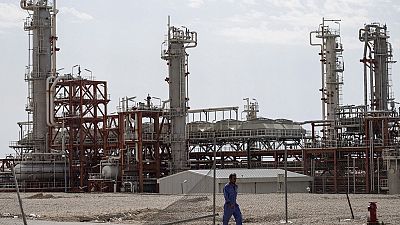 Iran has not yet committed to freeze oil production to January levels to shore up prices.

This is despite fellow OPEC ministers holding a meeting in Tehran to try and broker a deal.

Top oil producers led by Saudi Arabia and Russia are hoping other oil giants will comply to this request which Iran terms as ‘illogical’.

What is important is that first of all, there is an excess of supply on the market and secondly Iran will not give up its share of production.

“What is important is that first of all, there is an excess of supply on the market and secondly Iran will not give up its share of production,” Bijan Namdar Zanganeh, Iranian Oil Minister said.

Iran has remained silent on its decision as it is on a campaign to boost its oil output by at least a third following the lifting of its sanctions.

“I believe that Iran is going to be pushing and pressuring Saudi Arabia and, you know, continuing to do whatever it was planning to do before this whole setting got this dangerous. They are not going to be willing to leave the game before they start it,” Ozkardeskaya said.

Oil prices have dropped below 30 dollars a barrel in recent months, a fall of 70 per cent since 2014.

The steep decline is due to over supply, slow demand and apprehension over global economic outlook.